A Test Range Engineer at a major US munitions manufacturer saw an opportunity. His team was working with a severely outdated munitions testing system. Replacing the old ballistic range 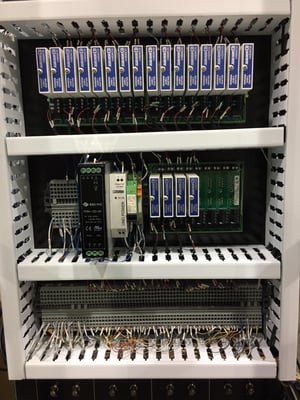 instrumentation tester with a new standalone system that leveraged innovative modern technology was desperately needed at their three test ranges. Breakdowns were a regular occurrence, the hardware was deficient and Windows would no longer support the version of the LabVIEW software the team was using.

“We had very old equipment with a lot of tribal knowledge and not much documentation,” the engineer said. “Decades of patch work [on hardware] had been done to keep it together. It was a logistical nightmare.”

But there was reason to have reservations about commissioning the new project. While the existing system was slow, often unreliable and always difficult to operate, the equipment still served an essential test function. And a previous attempt with another integration provider had been unsuccessful. His team couldn’t afford to purchase a replacement system that again failed to do the job or delay their work anymore than the setbacks that were already happening. His decision on the best way to move forward would change the trajectory of his test range’s process for better or worse.

In order to get the project done, this manufacturer needed to find a team with the right qualifications. He sought out LabVIEW experts that had extensive experience designing and building integrated test systems based on both industry standard (such as PXI) and fully custom test architectures, who could provide the proper software development and support. They needed a partner that understood the defense manufacturing space and unique challenges that go along with the industry’s design and implementation needs.

He sent out a request for quote, evaluated National Instruments Alliance Partners and decided Ball Systems would be the right provider to build a new system. Working with Ball Systems meant the project would be led by a Certified LabVIEW Architect, who had been building automation systems since 2002, and a hardware Test Engineer, who had helped design custom test systems for customers for almost a decade. The engineer was ready to make the leap and finally push this project forward. 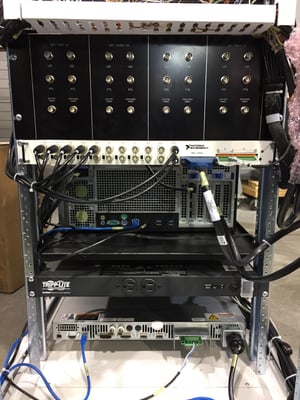 Working with the customer, the team at Ball Systems designed and developed a ballistics range instrumentation tester using LabVIEW that could measure velocity, muzzle pressures, action time and rate of fire. The final solution was a system that reduced down time, increased capacity and improved reliability.

The LabVIEW program in the test system provided an easy-to-use operator interface and collected all test data obtained during the test sequence. It also generated test reports to match the existing reports already used by the test team. All source code, drawings, diagrams, documentation and user manuals were provided to the engineer’s team, onsite system verification and ongoing support was issued to ensure system quality. Ball Systems had also used as much off-the-shelf equipment as possible to pair with their custom solutions so the system would be significantly easier to maintain than before.

Product from their facility does not ship to the customer without each munitions batch being tested and approved by the customer representative. Thus this critical element of the product delivery process creates the potential for increased productivity and profitability. 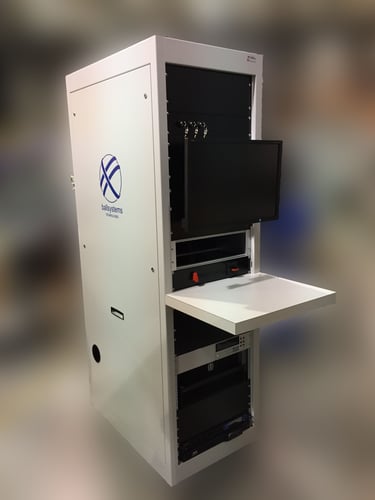 The system also included the following:

“Before this new system came in, every single time we went to do a test, there was a problem.” the engineer said. “Instead of taking 10 minutes [like it does now], it usually took 90 minutes. I could not live in chaos like that. Now, my job has become a lot more boring.”

Now, the engineer has state-of-the-art test technology instead of antiquated equipment. Just a few years into his role, he has already launched his facility decades into the future, and other ranges around the county are now evaluating similar upgrades based on his success.