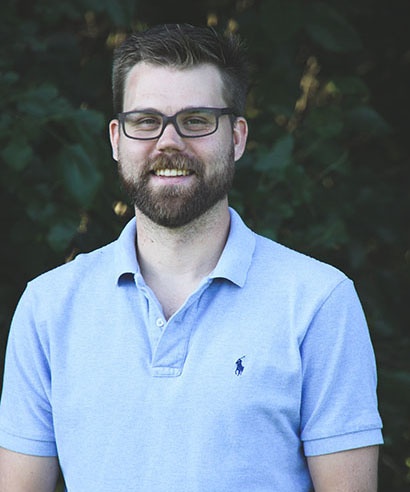 Christiaan graduated from Purdue University with a Bachelor of Science degree in electrical and computer engineering technology. He started his career at Ball Systems as a member of our project engineering team, but his role has changed many times. Overall, Christiaan has done a bit of everything including working on the design team, managing build-to-print projects, managing the build of design projects and process improvement. He has worked closely with our MRP system in creating reports for the team to use and has been instrumental in the creation of our intranet on Microsoft’s SharePoint. Christiaan is our document control librarian and works on the ISO standards team to ensure quality standards are met.

Christiaan’s first job was working in the concession stand for a small waterpark during the summer. He spent five consecutive summers working there and fell in love with working for a small business. In college he worked as a fry cook, but quickly tired of the strenuous and repetitive nature of the job. He left the grease behind and got a job working for Purdue's IT department. He had a blast interacting with users and training them on new features.

Most days you can find Christiaan at his computer desk playing games or working on a project. He has a large and active social circle and likes to find and drink new craft beers. He recently introduced Dungeons and Dragons to his group of friends and it has begun to occupy most of his free time. Compared to the technical and exact nature of engineering, Dungeons and Dragons provides a wide creative outlet for Christiaan. Christiaan was a very picky eater as a child, so much so, he hadn’t had an orange until he was 21 – the three months following eating an orange, he ate one every day. He says he had some catching up to do.