The injector waveform measurement hardware consists of an NI PXI 7853-R FPGA module connected to two NI 9151 4-slot expansion chassis which house a total of five 4-channel 9215 analog input cards. These cards are in turn connected to a series of Ball Systems current measurement boards (CMBs). These CMBs are based on linear Hall-Effect sensors which provide the benefit of inherent isolation from the system under test. With this set of hardware, the system is able to simultaneously sample 20 channels of injector current waveforms up to 12.5 A at 100 kS/s.

channels under test. Parameters measured include timing characteristics of injector pulses such as pulse duration, (which in turn is directly proportional to the volume of fuel delivered to the engine), and peak current levels. By directly measuring injector waveform duration, test engineers can “close the loop”, using fueling data on an individual cylinder basis in real time as inputs to their engine model. Since the code for performing these injector measurements is running on the same FPGA hardware as the engine simulation code that generates cam and crank timing signals, injector timing information can be measured with respect to absolute crankshaft angle. This information is useful when evaluating injector firing order and testing injector timing.

The software system also includes a VeriStand custom device to provide a deeper level of integration and functionality to the end user. In addition to performing channel-by-channel calibration from transducer voltage to actual injector current, the custom device allows the user to define parameter values on an engine-by-engine basis that are required for performing further calculations, such as current thresholds, timing offsets and expected firing order. These parameters are stored in user-defined XML files that can be used to rapidly switch between engine platforms. The custom device also performs conversion of injector waveform duration units from crankshaft angle to actual time units (microseconds) by monitoring the current engine speed of the engine simulation FPGA code. By presenting the duration in terms of time instead of angle, the custom device thus enables easier conversion to actual fuel delivered by the injectors which can in turn be used as an input to engine models running in VeriStand. A separate waveform viewer tool is also provided as part of the software system to allow further visualization and diagnosis by the test engineer. 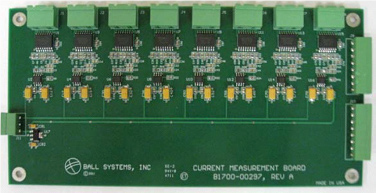 Contact us today to learn about how we can help you with your engineering challenges.